South Arapahoe Sanitation District is a Colorado quasi-municipal sanitary sewer district governed by Colorado Revised Statute Title 32.  Its five-member Board of Directors is elected by residents and landowners in the District.

South Arapahoe’s wastewater collection system includes over 100 miles of sewer lines, ranging in size from 8 inches to 36 inches in diameter, plus over 2,800 manholes. Roughly 65% of the pipelines are clay or concrete lines, while 35% are newer plastic lines. The collection lines are operating by gravity flow, and the pipes are anywhere from 6 feet to 25 feet below ground.  There is one wastewater lift station in the District. 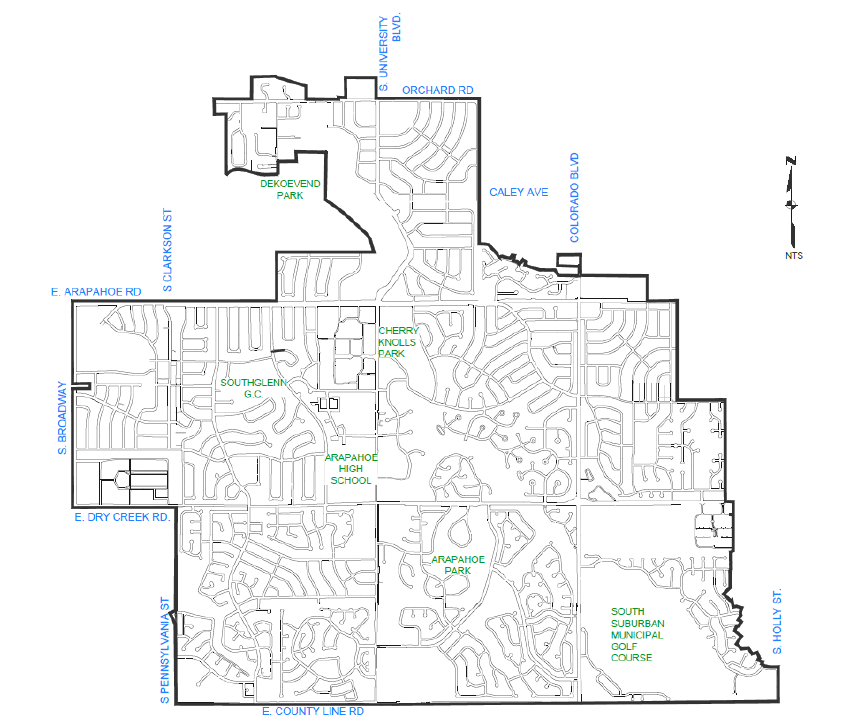